9 months of being paid to make things by strangers on the internet!

Here is what I did in the last quarter:

Here is what my income (in USD / month) looks like over time: 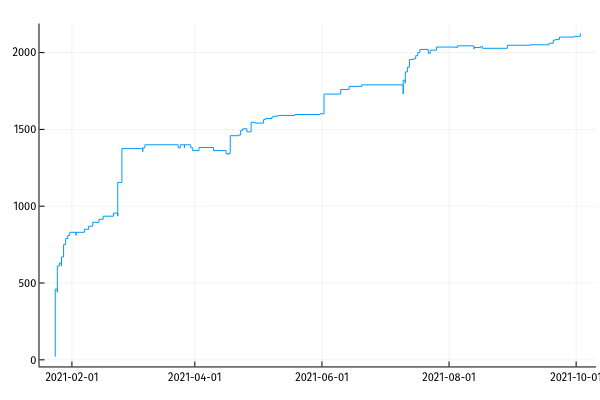 And the distribution of sponsorship amounts:

I think it's interesting that even with pay-what-you-want the majority of new signups are for $20. So the default does seem to make a difference.

I'm now making the equivalent of ~31.5k CAD per year. That's above minimum wage, just slightly below the mean phd income at UBC and about 70% (pre-tax) of my 2020 budget.

But here are some things I might do next quarter:

I have a ton of other ideas but I feel the need to pop at least one of the above projects off my mental stack before starting anything new.